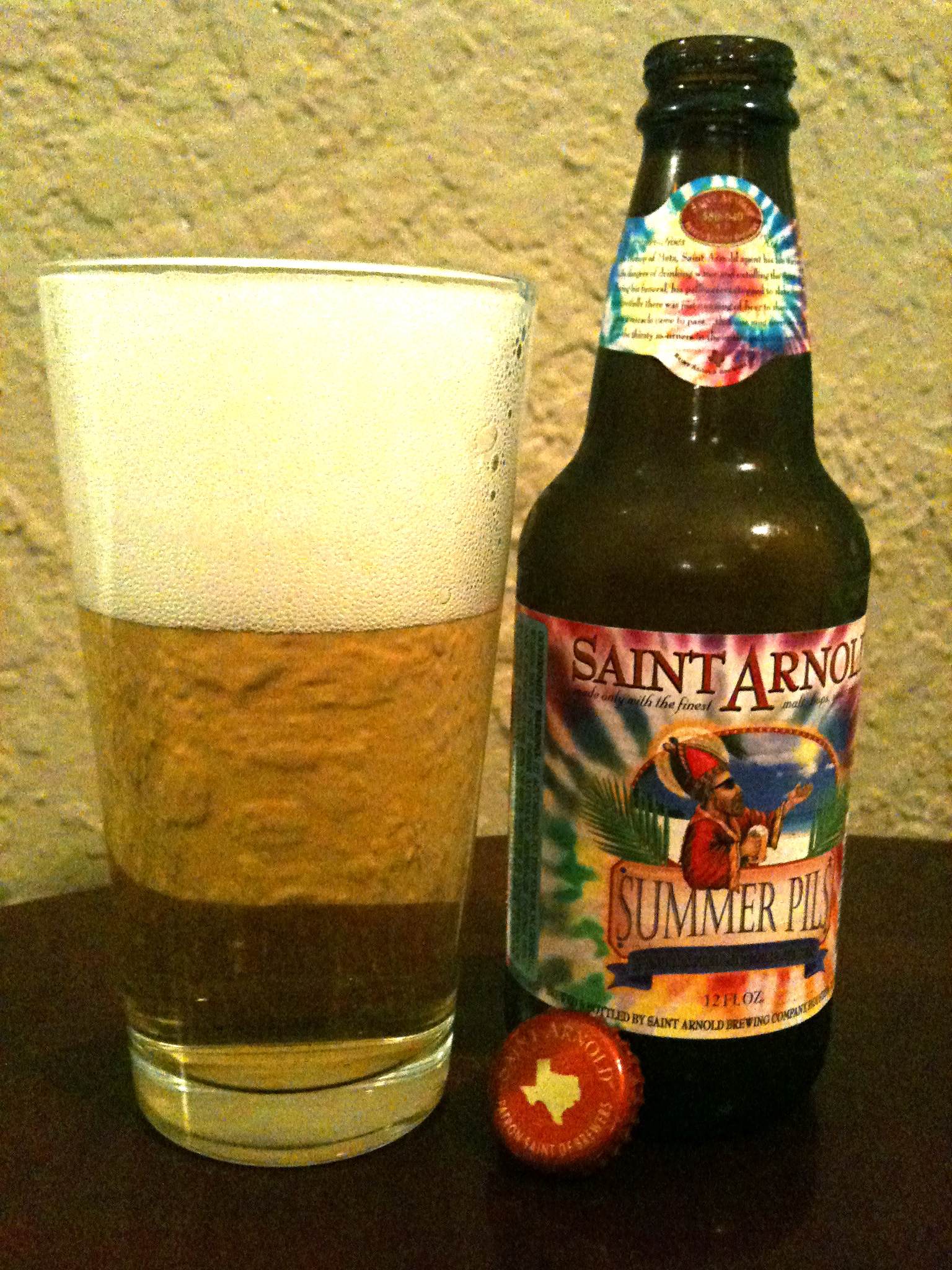 Pilsner is one of the youngest beer styles, but easily the most poplar in the world.  Pilsner Urquell (Czech) is credited as the first, but many have followed such as: Beck’s (German), Heineken (Dutch), and Stella Artois (Belgian).  Pilsner is a type of lager.  The difference between a lager and an ale basically comes down to the yeast used for fermentation.  The yeast used in lagers requires a colder temperature to activate.  Pilsners are also a type of bottom-fermented beers unlike ales, which are top-fermented.  This refers to where the yeast does its work turning the sugars into alcohol.

Pilsners have become much more popular since the invention of refrigeration and climate controlled distribution.  They are at their best when consumed fresh and cold. Saint Arnold has been producing this Summer Pils beer since 1997, but tweaked it nearly every year until they found their perfect recipe in 2006.  This summer seasonal beer was originally know as Summerfest until Saint Arnold had a legal dispute over the name with the much larger craft brewer, Sierra Nevada.

Here is what Saint Arnold has to say about the beer:

A true bohemian-style pilsner. Crisp and refreshing, this beer is perfect for a hot summer day. Saint Arnold Summer Pils has a delicate, sweet malt taste complemented by an abundant hop aroma and flavor. This beer is brewed with fine German malt, and a copious quantity of “noble” hops imported from the Czech Republic.

Verdict: If you are looking for an easy to drink, refreshing beer for summer this is a good option to try-out. Skip the Miller, Bud and Coors on your next barbeque and try a six-pack of this instead.