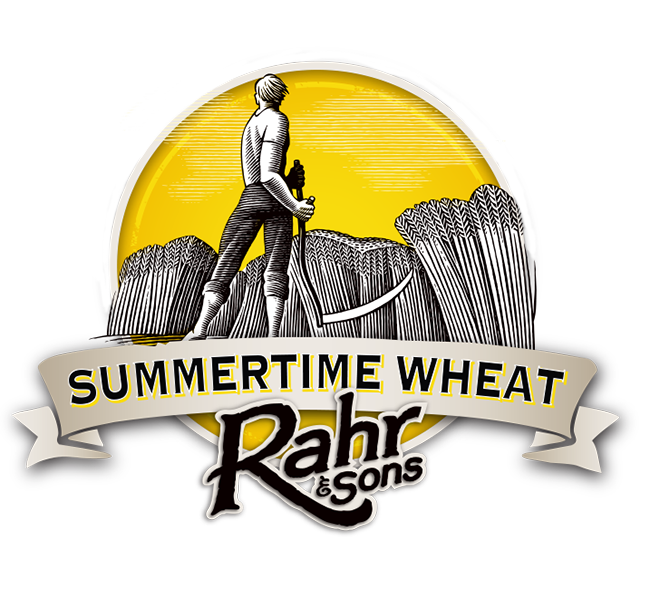 Sometimes where we encounter a particular beer means just as much as the beer itself. You wouldn’t want to experience your first Guiness in the desert would you? If I’d been introduced to Natty Light anywhere outside of a college party, you probably wouldn’t respect my opinion on much of anything, much less beer. Luckily I enjoyed my first Summertime Wheat from local microbrewery Rahr & Sons while at the perfect spot: on a back patio in the waning moments of a hot summer day.

It was the type of cool, breezy evening that only comes after a blisteringly hot day. The crescent moon was easy to see, bright and waxing and reflected in the swimming pool. It was the type of night you write country music songs about and the Summertime Wheat was the perfect complement to that, a light, crisp beer best enjoyed in those months when you can’t wait for football season to finally arrive.

The beer pours like a hefe should with a large white head. It has a strong clove-like scent to it and the body has a golden, cloudy look to it. It won’t be anything you haven’t seen, smelled, or tasted before and is instead a fairly middle-of-the-road beer. There isn’t a whole lot of nuance here, although the bottle did brag about a banana subtext that I didn’t taste until I burped later.

The overall taste is light, wheaty, and not earth-shattering. It isn’t the type of beer you’ll drink a ton of and it isn’t the type of beer that will last you an entire day. That being said, next time you go out to the lake or are simply drinking on the patio of your favorite happy hour spot, have one or two of these before moving on to something else.